YOU COULD BE THE NEXT MISS NEPAL US, APPLY NOW!

We are very thrilled to announce that, 10th anniversary special celebration of Miss Nepal US (मिस नेपाल अमेरिका) event will be held on September 23-25, 2021, in New York, USA.  Renowned media personality, television host and trainer, Malvika Subba appointed as official mentor/trainer and would be grooming the contestants. Aspiring young Nepalese American women can apply now at our official website www.missnepalus.com or contact the organizer of Miss Nepal US 2021. The Application registration deadline is September 1st, 2021.

Initiated by well known Nepalese American social entrepreneur, Mr. Amit Shah, Miss Nepal US event has become a strong platform for Nepalese Americans youth networking, empowerment & to celebrate their rich diverse Nepalese American cultural heritage while embracing their beauty with pride and dignity in the United States of America. So far, $80,000 (eighty thousand dollars) scholarship has been also awarded to young Nepalese American ladies to support their education/charity work through the Miss Nepal US event. This unique program is a year-round opportunity for women to earn scholarships, grow their networks, learn valuable life and career skills, and make a difference in their communities.

Since the first edition, we have an outstanding number of media partners collaborating with us in the promotion and coverage of the event and because of enormous local and international media attention and coverage, millions of people around the world have been able to witness and watch this continuous saga of Miss Nepal US (A) event since 2011. Miss Nepal US (A) event has also been officially endorsed and recognized by the Commonwealth of Virginia Governor, New York State Governor, Nebraska State Governor, Mayor of The City of Plano, Texas, Embassy of Nepal to USA, Consulate General of Nepal in New York and Government of Nepal –Nepal Tourism Board.

Founder & Chairman, Mr. Amit Shah states, for nearly 10 years, we have been promoting Nepalese American diverse culture and committed to empowering the advocates and leaders of tomorrow. Grand success of the Miss Nepal US (A) pageant since its inspection has undoubtedly motivated us to continue this saga. We would like to express our sincere gratitude all the media, participants, organizing committee members, advisors, sponsors, government officials and entire Nepalese American communities for cooperation, participation and support to successfully organize Miss Nepal US (AKA Miss Nepal USA/मिस नेपाल अमेरिका) event since 2011. Looking forward to everyone’s continuous cooperation, participation and support. 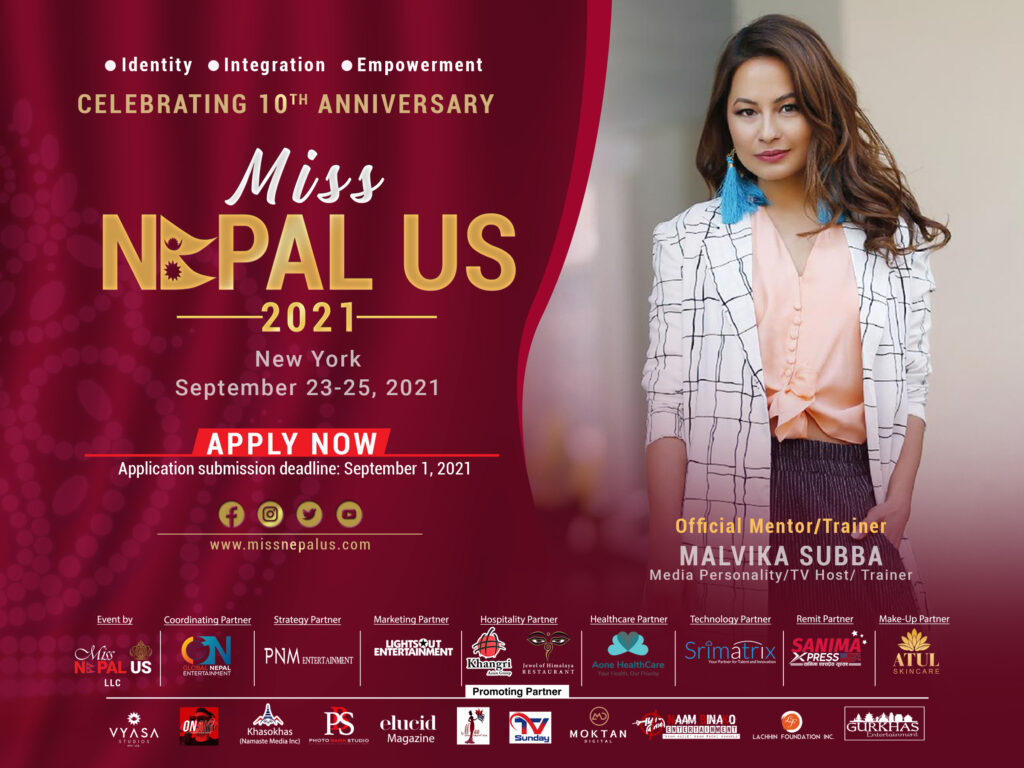 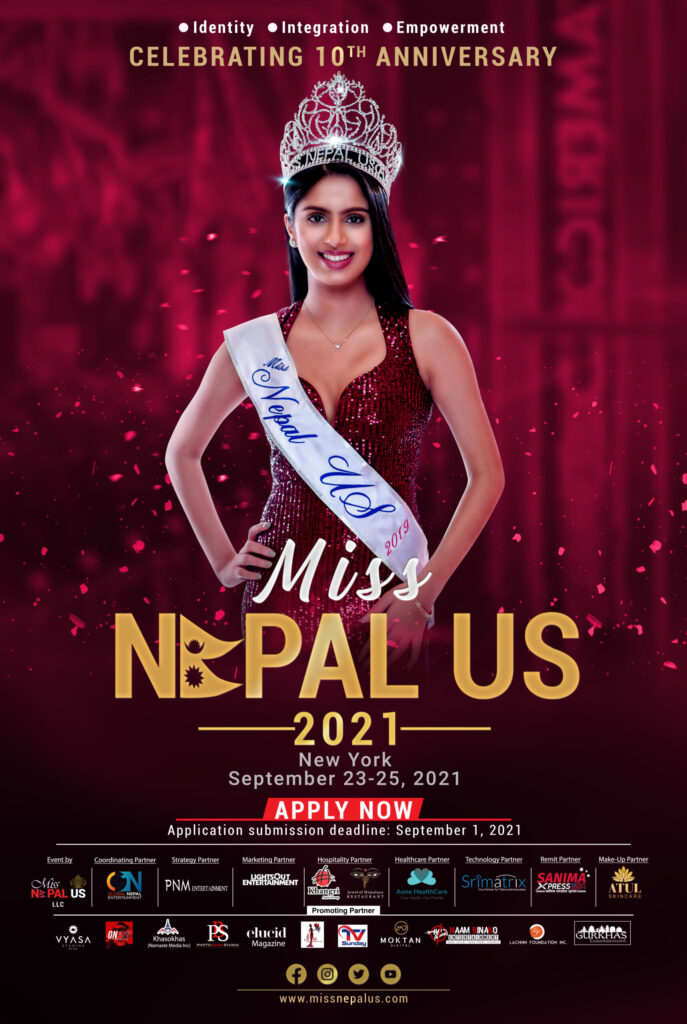 Dear Friends:It is a pleasure to join Miss Nepal US in welcoming everyone to its 10th AnniversaryCelebration.Our global city’s diversity is its greatest ...

We are very pleased to partnership with K Foundation Global as Social and HumanitarianInitiative partner. Along with grand performance of our talented Top ...